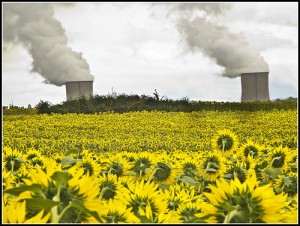 “We know first-hand that our fights for economic, racial, and immigrant justice are inextricably linked to the fight for environmental justice.”—Service Employees International Union (SEIU) President Mary Kay Henry

Different day, same labor movement? The former was part of the LIUNA president’s scathing letter to AFL-CIO President Richard Trumka, who recently formed a multimillion-dollar super PAC with Tom Steyer, the investor-turned-environmental-zealot. The latter demonstrates the SEIU president’s newfound commitment to tackle climate change, which she claims has given rise to “polluted zip codes” in America. Together, the two statements reveal the deep schism within the labor movement.

LIUNA and other unions have long supported the extension of the Keystone XL pipeline and, by extension, opposed the “environmental extremists” who would scrap American jobs in the name of climate change. (After the White House blocked the Keystone project, O’Sullivan called the decision “politics at its worst.”) Other unions, however—like the SEIU—have embraced the Left’s environmental agenda. “Our members adopted a platform today to take on the fight for environmental justice and to stand in solidarity with the rest of the labor movement to demand clean air and water, healthy and safe communities and a just transition for all workers affected by a transition to a clean energy economy,” Henry recently proclaimed. Her union is now committing its resources—derived from (often mandatory) member dues—to “broadening environmental justice,” even though roughly 40 percent of union members vote Republican and probably aren’t aboard the green train.

This, after the union spent at least $20 million on the job-killing Fight for $15 in 2015, sending millions to glitzy consulting firms and left-wing think tanks.

Worse yet, Henry’s idyllic vision of “solidarity” doesn’t exist. Just ask O’Sullivan, who claims “environmentalists have blown the whistle on workers trying to feed their families.” Or consider the seven building trades presidents who also scolded Trumka for his Steyer alliance. In their words, “[T]he AFL-CIO has now officially become infiltrated by financial and political interests that work in direct conflict to…dues paying members’ lives.”