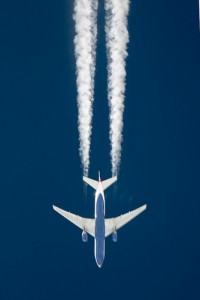 While doing some analysis of how the  Service Employees International Union spends members dues, one item struck us as very odd: SEIU spent $328,000 in 2014 on “legal support for organizing” from a Brazilian law firm, Piza Avogados Associados. (The union has shipped $389,429 in total to the firm over the last four years.)

That’s a significant amount of money for legal help in a country where SEIU has no bargaining units. But the union is hoping for a big return on its legal investment: The evidence suggests that it’s part of the same campaign against chain restaurants that has played out in the United States.

Here’s the backstory. Piza Avogados Associados specializes (according to its English-language website) in “union rights,” among other things. Among those efforts are advocating for unions before Brazil’s analog to the National Labor Relations Board, called the Justiça do Trabalho or Labor Court. Newspaper reports in Brazil and the United States show Piza attorneys speaking to the media about and filing labor court complaints against McDonald’s Brazilian operations.

Meanwhile, as part of the so-called “Fast Food Strikes,” the SEIU has begun an expensive harassment campaign against Arcos Dorados—the largest McDonald’s franchise in Brazil. The SEIU’s pension funds (CtW Investment Group) which own stock in Arcos are calling for the company to be taken off the stock exchange.  There’s also evidence that SEIU’s political consultants—the controversial and well-paid NYC P.R. shop Berlin Rosen—are also involved in the Brazilian effort. A blog post on a franchise industry news blog credits Berlin Rosen with taking (or otherwise providing) photographs of a union demonstration against the company in Sao Paulo.

Now, the SEIU-funded Center for American Progress Action Fund, through its ThinkProgress website, reports that  the SEIU and allied Brazilian trade unions—one of which, the CNTSS, received $20,000 in “support for organizing” expenditures from SEIU—will soon receive a hearing in the Brazilian Senate to make more complaints against Arcos Dorados.

The penalties are nothing to sneeze at:

Brazil’s labor courts “could impose fines as high as an eye-popping 30 percent of the company’s sales revenue and prohibit Arcos Dorados from opening new locations in the country until it proves it has come into compliance with workplace laws.”

What’s the possible prize here? Arcos controls, either as operator or sub-franchisor, over 100 McDonald’s outlets in the U.S. Commonwealth of Puerto Rico, where SEIU would like to organize workers. SEIU can essentially use a worldwide corporate campaign in countries where unions are more powerful than in the U.S. (and the governments are more corrupt) to force Arcos to concede to SEIU unionization of its employees by the intimidatory “card check” procedure in Puerto Rico.

Notably, Arcos operations in Puerto Rico also play into the SEIU and NLRB plan to declare franchisors “joint employers,” since the company franchises many of the Puerto Rican McDonald’s outlets to other operators. One of them, Jose Quijano–a collaborator in SEIU’s bizarre franchisee-union partnership–was discovered speaking to the media on an SEIU-orchestrated conference call promoting the SEIU’s Federal Trade Commission challenge to essentially all franchisor/franchisee agreements.

Ultimately, the Brazilian attack on McDonald’s/Arcos Dorados is a sideshow to the main event of the corporate campaign to unionize fast food. But it shows that SEIU will go to essentially the ends of the Earth in the pursuit of more compulsory union members and their money.