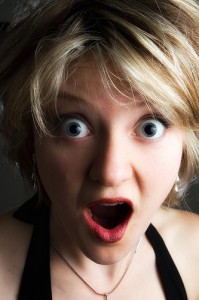 They say that “April showers bring May flowers,” but the forecast for the International Association of Machinists (IAM) continues to be overcast.

After an April that left the union’s organizing campaign at Delta referred to the Justice Department for allegedly forged authorization cards and saw the union pull its petition for a union election at Boeing in South Carolina, a National Labor Relations Board administrative law judge (ALJ) just added to their misery.

“As they proceeded to engage in a serious case of trash talk, Johnson defied Kastens by telling him to ‘shut up before I beat your a**’ and he would see that Kastens was not reinstated by the company,” Wednesday’s ruling said.

The threat by Johnson, a “statutory agent” of the union, to harm Kastens, undermine the processing of his termination grievances and impede his efforts to get reinstated ran afoul of the National Labor Relations Act, Judge Rosas said. The union, by Johnson, violated the law, the ruling said.

The failure of union democracy at IAM Local 839/District 70 is only the latest illustration that the old model has been corrupted to the benefits of incumbent union officers’ private agendas. A new vehicle for allowing employees to express their views on the union is needed. Recertification, which would require unions to periodically show that they maintain majority support, is an option to truly empower employees.

When the Employee Rights Act (which includes a recertification provision) is reintroduced, Congress should act upon it.