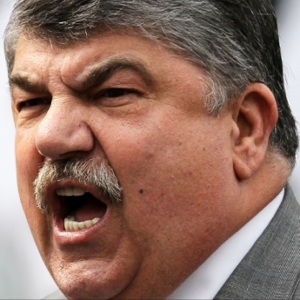 Around Washington, there’s a long-running rueful acceptance of the “Friday news dump” — the practice of releasing politically problematic information or decisions on Friday to avoid news coverage. And the National Labor Relations Board (NLRB) pulled off one heck of a news dump last Friday, dropping its highly controversial “quickie elections” rule. The rule was initially promulgated in response to the failure of the federal card-check bill before being halted by a federal court. But unions — desperate to make their arguments without giving employers and employees a chance to respond — asked for it to be re-issued, and now the NLRB has obliged.

In addition, the NLRB gave a bonus gift to labor organizers. Current practice requires an employer to provide the union with employees’ names and home addresses after an election is ordered. Unions then use the information (if they haven’t already obtained it by other means, including in some cases unlawful ones) to go house-to-house to convince employees to sign union cards or vote for the union. And unlike some door-to-door solicitors who leave if you ask them to do so, union organizers can be exceptionally pushy.

The new rules expand the list of information employers are required to hand over to include employees’ personal, private e-mail addresses and phone numbers. The two dissenting members of the NLRB note in no uncertain terms that this requirement amounts to a grievous violation of employee privacy, writing:

In sum, the majority’s message to employees in a Board representation election is that “the government wants your personal data –and we are going to compel it without your consent – and then we are giving it to someone else, too.” To say the least, that is not a good message to give the citizenry in 2014.

Indeed, the dissenters further note that there is no opt-out provision in the NLRB’s rulemaking, and the rule doesn’t even explicitly require the union to include an “unsubscribe” link in its communications (even though other laws may require one). While Richard Trumka, the AFL-CIO leader, may call this power-grab “modest,” it quite clearly is not.

Fortunately, there is already a way to clip the wings of this latest Big Labor Favor from the increasingly partisan NLRB. The Employee Rights Act (ERA) which is currently before the Congress would guarantee employees the right to opt out of having their personal private information disclosed to union organizers.

Americans broadly support this provision, with 84 percent of non-union and 82 percent of union households backing the ERA’s privacy protection plank. Richard Trumka, Mary Kay Henry, and other union bosses have received their Christmas present: It’s time for Congress to put something under American employees’ trees.