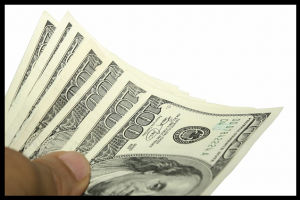 Over the weekend, a union-backed coalition in Michigan made an elementary mistake. “RAISE Michigan,” a front group for a conglomerate of liberal groups, worker centers, and labor unions, put out a statement announcing the beginning of a campaign to raise the Michigan state minimum wage and betrayed an unspoken truth about the new labor movement. The Detroit News reports:

The first press release sent out by Raise Michigan — a coalition of groups including Michigan United and the Restaurant Opportunities Center-Michigan — included a poignant, if canned quote.

Said Raise Michigan’s statement: “My family can’t survive on $7.40 an hour,” said WORKER, “It’s not fair that I work full-time, and be living in poverty. Everyone who is working full-time deserves to live with dignity.”

Oh boy. Far from grassroots organizations, union and worker center front coalitions are more of the same top-down left-wing agitation that drove the labor movement into its current predicament — sending out a statement in the name of “WORKER” is just an embarrassing revelation of that. It got worse—the News called the coalition’s decision to fix its release by putting the words in the name of a minister rather than a worker “surprising,” but our research into how little support worker centers really get from grassroots employees suggests it shouldn’t have surprised anybody.

We’ve noted that worker centers — of which the Restaurant Opportunities Center (ROC) is one of the most notable — are much closer to labor unions in goals, financing, and tactics than they might like to admit. We looked into the backers of the “Raise Michigan” effort and found a dizzying web of Big Labor, liberal front groups, and prominent local Democrats.

Two open backers are obvious labor hands: ROC — founded by the Hotel Employees-Restaurant Employees union that is now the “HERE” in UNITE-HERE — and AAUP-AFT Local 6075, an affiliate of the American Federation of Teachers representing Wayne State University academic staff. Other supporters include various liberal groups akin to those funded by labor unions to carry their message. One, the Center for Progressive Leadership, received $23,650 from the United Food and Commercial Workers Phoenix Local 99 for its Arizona office.

From there, all roads lead to political opportunism. The Raise Michigan website, RaiseMichigan.com, is registered to Dave Woodward, a Democratic Party member of the Oakland County Council who received a United Auto Workers PAC contribution in his most recent re-election campaign. The Treasurer of the campaign is the Chair of the Oakland County Democratic Party (who is also a consultant to ROC’s Michigan office), and his wife is the leader of “Mothering Justice,” one of the allegedly “grassroots” supporting organizations.

This shouldn’t be surprising. Unions like the AFL-CIO (the AFT’s parent federation) are pushing for a minimum wage increase, at least in part because it benefits them. Our research has shown that AFL-CIO member unions including the UFCW and UNITE HERE stand to benefit from minimum wage hikes.

Their allies in the Democratic Party are eager to oblige, not just to provide unions the “payback” that the bipartisan defeat of the “card check” bill denied, but also to boost their partisan political prospects. Democrats have openly spoken about using the minimum wage as a “wedge issue” for the November elections against Republican governors in states including Michigan.