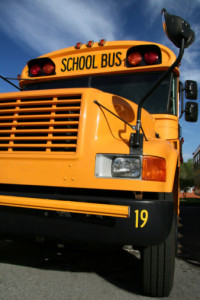 Last November, unions including the American Federation of Teachers (AFT) and its Boston local (the Boston Teachers Union or BTU) heavily backed Marty Walsh in the city’s mayoral election. (He won.) Part of that support was a $480,000 ad buy by the AFT national headquarters that the BTU swears it didn’t know about. The money path gets shadier, according to the Boston Globe:

State campaign finance records show that no teachers unions disclosed giving money directly to Walsh’s campaign, instead the American Federation of Teachers donated $500,000 to One New Jersey, a political action committee that has a history of spending money against candidates who have clashed with teachers unions.

That group then set up One Boston, a local political action committee, which funded the late advertising blitz.

The emergence of One Boston shocked political observers, who could not track down any information about where the group or its money was from. Last week, officials with One New Jersey and the American Federation of Teachers disclosed that the national union had bankrolled the political action committee.

The Globe editors were not amused by the scheme. Noting that open support by the BTU (which didn’t formally endorse Walsh until Election Day) might have hurt his campaign, the editors found the AFT’s probably legal money-laundry scheme very dissatisfactory:

In the same spirit, One Boston was unusually secretive about its activities. The Boston Teachers Union insists it didn’t know about the contribution. The only person named in One Boston’s paperwork was a Roslindale woman who rarely even voted in local elections. The American Federation of Teachers channeled its contribution through a New Jersey political action committee that, under that state’s law, isn’t required to identify its donors. This is the campaign-finance equivalent of avoiding taxes by channeling one’s earnings through shell companies and stashing them in the Cayman Islands.

As more people become aware that teachers unions like the AFT and its locals are holding our kids back, expect more and more secretive schemes like this one to keep the campaign cash flowing far from public scrutiny.