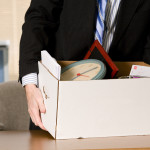 Following the repeated invalidation of President Obama’s National Labor Relations Board (NLRB), now another official at the NLRB finds the legal status of his appointment in question. Acting General Counsel Lafe Solomon had previously served as the NLRB’s “acting” general counsel prior to the recently un-appointed Richard Griffin, but a Federal District Court found his appointment violated the Federal Vacancies Reform Act (FVRA) of 1998. Solomon was appointed in 2010 when Ronald Meisburg, the previous general counsel, left the board to join the law firm of Proskauer Rose.

Under the FVRA, persons may be provisionally appointed for 210-day terms (extendable by an additional 210 days) provided that they served as a personal assistant to the departing general counsel 365 days prior to the appointment. Judge Benjamin Settle determined that it is “undisputed” that Solomon never served as first assistant to Meisburg.

Solomon’s tenure as acting general counsel has not been without controversy. Rather than serving as a neutral arbiter of justice, Solomon chose to implement his own policy preferences – further damaging the credibility of the Board in the process. For example, his pursuit of Boeing’s “unfair labor practices” brought forth harsh criticism from business; Boeing’s only offense was the expansion of 787 Dreamliner production in South Carolina – a right to work state—rather than forced-unionism Washington.

As with the recently ousted Sharon Block and Richard Griffin, Solomon’s leadership is in jeopardy. Aligned with three federal circuit courts, Judge Settle determined that the NLRB operated without a quorum with three unconstitutionally appointed members, calling into question all decisions of the Board from January 4, 2013 until the newly appointed members were confirmed by the Senate in July. Overall, it looks as if President Obama’s 2010 and 2012 Christmas presents to big labor are going back to the store.