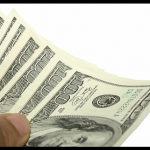 We’ve noted before the impact of union spending funded by members’ dues money on national and state elections, but union political cash trickles all the way down to the local level. The latest example is the Los Angeles city elections being held this year, into which unions have poured significant sums.

Our Executive Director outlines some of this spending at Forbes:

The unions did their best to make this a reality. The International Brotherhood of Electrical Workers-backed […] super PAC raised more than $4.1 million to elect its candidate. The police union chipped in with another $1.4 million, while other unions—the Longshoremen and the Teamsters—made contributions to the tune of $300,000 and $100,000, respectively.

But do union members support the candidates that their unions are funding? Not necessarily, despite over 90 percent of union political money going to Democrats. Our Executive Director notes two cases where against all union harangues many members of union households chose the Republican candidate:

That’s where the real issue lies. Exit polling from 2012 indicates that 31 percent of union households in California voted for Elizabeth Emken, the Republican nominee for Senate. Elsewhere, even Wisconsin Governor Scott Walker—the most hated politician in America, according to union officials—received 38 percent of the union-household vote.

There’s a solution to this divergence between union officials’ politics and the politics of large numbers of union members. The Employee Rights Act contains a provision that would require unions to obtain the affirmative consent of their members (many of whom are under forced dues arrangements in non-Right-to-Work states) before using their dues money for political purposes. That provision would allow union members to have a real say in their union’s political activity, which they lack today.