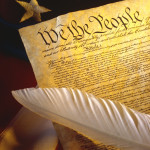 The posters contained no statement of employees’ rights to de-certify unions or refrain from paying the full dues amount to a union (under a case called Beck v. CWA), so business groups argued that the posters were one-sidedly pro-union. The Court found that it was unfair for NLRB to punish employers for failing to post posters with which they did not agree. (Lawgeeks can read the ruling here.)

Alas for the NLRB’s overreachers, the Supreme Court has held on many occasions that freedom of speech prohibits the government from telling people what they must say. Such “compelled speech” is exactly what the NLRB was demanding. And while Judge Randolph found the First Amendment violation sufficient to kill the rule, his fellow judges wrote a concurring judgment that the NLRB lacked the authority to issue it in the first place.

This ruling may well join the other D.C. Circuit bombshell, Noel Canning (which found the “recess appointments” the Administration used to pack the NLRB when the Senate wasn’t in recess were invalid) in next year’s Supreme Court docket. But for now, federal courts aren’t taking NLRB’s pro-union activism lying down.