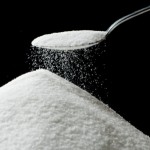 In summer 2011, the Bakery, Confectionery, Tobacco Workers and Grain Millers (BCTGM) union — the same union whose strike killed Hostess — representing workers at American Crystal Sugar rejected a final contract offer and were locked out of their jobs. The union demanded that competitiveness-harming policies like seniority promotion remain in the contract, so despite the company’s agreeing to increase wages by 13 percent over five years, the union rejected the deal.

The lockout lasted 20 months, but finally a depleted group — company officials say 640 locked-out employees resigned or retired — gave in and approved the contract. The union didn’t get the concessions it wanted, so the lost wages were all for nothing.

Union leaders’ conduct during the work stoppage received criticism from many quarters, including former local union officials. We can’t know exactly what the union officers told employees before they rejected the contract, but they badly miscalculated American Crystal’s resolve.

BCTGM officials may also have miscalculated the willingness of Hostess buyers to hire back the employees who lost their jobs when Hostess went bust. At a time when unemployment remains relatively high at over 7 percent, most people are content to hold the job they have. Unfortunately for members, the BCTGM is willing to put their wages and employment at risk for union negotiating power.