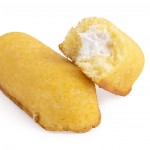 According to the federal government’s Bureau of Labor Statistics, the proportion of private-sector employees in unions has tumbled to a 70-year low. Only 6.6 percent of private-sector workers were union members in 2012.

Unions’ failure to represent their members’ interests and overzealous defense of unsustainable benefits has hamstrung the airline, manufacturing, and automotive industries, and their numbers are showing the effects of this poor leadership. The most recent prominent victims of union stubbornness were Hostess employees sent to the unemployment line by a Bakers’ Union (BCTGM) strike.

And many former union members are wiser than the declining unions. The Associated Press reports:

Don McGough lost his job as a union steelworker. He found a new position and a decade later, he voted no when the machinists’ union tried to organize workers at his company, JWF Industries, in Pennsylvania. “There are so many companies that just closed their doors because the union wouldn’t budge,” he says.

Unions hope that by expanding organizing efforts to new industries, they can reverse their decline.

While unions representing U.S. manufacturing might — auto and steel — have become smaller, the emphasis in recruiting new members has shifted to the service sector.

The Service Employees International Union, which represents nurses and lower-wage service employees including janitors, security, hospital, home health and child care workers, has doubled in size since 1996, to 2.1 million workers. It says it has added 50,000 workers annually in the last decade.

But unless unions change their ways, such moves might only lead the new industries to follow the traditional unionized industries into bankruptcy court. Instead of clinging to the same old adversarial model on new turf, they should endorse the accountability reform proposals endorsed by 80 percent of union households contained in the Employee Rights Act. Only by reforming themselves and acting in the interests of their members can unions reassert their relevancy.