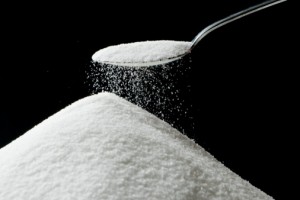 For the fourth time, American Crystal Sugar union members rejected the contract proposed by the company. That means the 16-month lockout will continue. This was the closest vote yet, with 55 percent of members rejecting the vote, down from 63 percent in June and at least 90 percent in the two votes prior.

The sticking points have remained the same throughout the dispute. According to the Star Tribune:

While the contract would raise wages by a relatively healthy 13 percent over five years, it would entail significant increases in workers’ health care costs. Also, it would give management more rights in determining key workplace issues. For instance, seniority — a basic union tenet — would lose its importance in worker advancement.

So which union is at the center of this dispute? None other than the Hostess-killing Bakery, Confectionary, Tobacco Workers and Grain Millers International Union (BCTGM). But unlike Hostess, American Crystal Sugar has found a way to survive: replacement workers. The Associated Press reported in September that the company has been happy with the results, saying they are doing a “fabulous job.” On the other hand, early on in the dispute, BCTGM members were accused of hurling racial slurs at the replacement workers.

The union has claimed that American Crystal Sugar has incurred higher production costs due to the lockout. But undoubtedly, the individual union members are suffering. Besides what the union has presented in its own sympathy campaign, the numbers tell a story as well. Of the 1,300 workers locked out in August of last year, approximately 500 have left, and unemployment benefits have now run out.

The AFL-CIO has called for a boycott of the sugar, but it’s a tough one to enforce, as very little of American Crystal’s sugar is sold under its own brand—the company primarily supplies the commodity as an ingredient to candy and soft drink makers.

Once again, labor leaders at the BCTGM seem to have severely confused members. At Hostess, the union convinced members that another company would swoop in and buy up the entire corporation as-is, keeping the production plants up and running with union workers. But as reality sinks in, it looks like buyers are only interested in the brand names, not the union employees.

Here, labor is more concerned with telling American Crystal how poorly the union thinks the company is doing rather than encouraging members to accept the economic realities of this situation. Replacement workers have been on the job for months, and union employees have no earned income or unemployment benefits. The Star Tribune reports that some union members requested the latest vote. Earlier in the dispute, a former union member said that leaders were misleading members on what would happen at the bargaining table.

BCTGM appears to be doing a great disservice to its members in both of these high-profile disputes. One commentator has even questioned if the union could be violating federal law due to its actions at Hostess.

Meanwhile, BCTGM President Frank Hurt cannot seem to right his sinking ship. His insistence that the union will not “fold” against American Crystal does not work well when it comes to negotiating and getting members back to work. Coupled with his discouraging union members from signing the “piece of crap” contract with Hostess, it is clear that Hurt is more concerned with keeping his power and his job — with a hefty salary and benefits — than he is about members’ struggles.