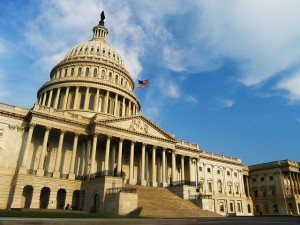 Every Senate Democrat voted against a Republican measure to nullify the National Labor Relations Board’s controversial ruling in favor of “quickie” or “ambush” votes on unionization.

Labor experts believe the NLRB rule will slash the time between calling and holding an election from 40 days to as few as 14. There has been an outcry from Republicans who believe that “the new rules will lead to ‘ambush’ elections that barely leave company managers enough time to respond or counsel against forming a union.”

Senate Democrats gave the impression that they’re unafraid of the consequences at the ballot box for their stand. Though Republicans had little chance of passing the amendment in the Democratic-controlled Senate, it forced some Democrats who face tough re-election bids to take a stand on an issue important to business groups. While the chances of the amendment passing were slim, President Obama still threatened a veto on the measure.