Distracting from the Real Issues, Unions Make the Fight Personal

An article in the Republic Report recently attacked Rick Berman, the executive director of the Center for Union Facts (CUF), for playing a cameo in our own commercial.

“If you’re wondering why I fit so naturally into the ad, it’s because I worked as a mechanic at my father’s garage all through high school and college,” said Mr. Berman in response. 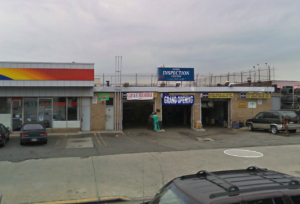 While unions have tried to assassinate Berman’s character, take notice that they never address the substance of the bill itself.

“Their core objective is to silence the voice of working people on the job,” said AFL-CIO spokesman Josh Goldstein. “I think it’s a tactic by the corporate interests to bust the unions.”

The Employee Rights Act (ERA) does just the opposite. It gives much more authority and control to individual employees. The ERA would bring long-overdue changes to labor law — including greater freedom of choice for employees, greater accountability for union leaders, an end to workplace coercion and more control for employees’  over their own money.

According to an analysis of data from the Bureau of Labor Statistics and the National Labor Relations Board, more than 90 percent of union members are represented by unions they didn’t vote for. The research, which was verified as “correct” by the Washington Post fact checkers, makes it unsurprising that 83 percent of union households would favor requiring unions to recertify every three years by secret ballot.

Additionally, the ERA would also ensure that unions secure the approval of their members before spending dues money for the benefit of specific candidates or political parties. Exit polling from 2010 showed that 42 percent of union households voted for Republican candidates, yet more than 93 percent of union political support went to Democratic candidates. This obvious disconnect between the unions’ political agenda and their members’ personal ideology can be seen in Big Labor’s opposition to the bill.