Who said the following? 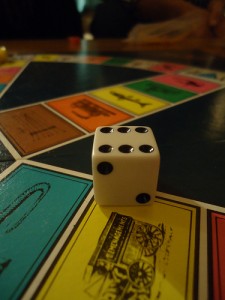 There are strong forces in America that preach the vision of scarcity, the vision of division and the vision of fear. They try to convince us that we are not a country gifted with great abundance; they try to convince us that there is not enough abundance to go around, so we had better be jealous of anyone who has more than we do. We had better try to take away from someone who has more than us and bring them down to our level of scarcity rather than trying to bring ourselves (and everyone else) up to their level.

That sounds like something that a free-marketer would right, albeit an surprisingly emotive one. After all, unions have been playing the class card for decades, asserting that our abundance is a limited pot and the wealthy need to relinquish their wealth more through taxes. Virtually all union rhetoric hinges on this idea.

As a matter of fact, it was written by United Auto Workers President Bob King in a recent op-ed. King was presumably describing conservatives who think union members are overpaid. Or something. Whatever the case, Bob King accidentally did a pretty good job describing the mixed-up world f Bob King. (Takes one to know one?)

Here’s the rub. King wrote in another op-ed just a few months ago: “But remember, some cynically want this government to fail in order to remove all restrictions on corporations and preserve tax cuts for the ultra wealthy.” Sounds like Mr. King needs figure out which side of the “out-of-step with reality” fence he’s on.