Craig Becker Gets a Second Chance

You might have thought President Obama intended to be conciliatory after his fairly moderate State of the Union Address. Think again. This morning the president fired the first shot in 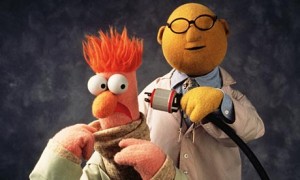 the this year’s inevitable partisan battle over labor unions:

Craig Becker, a Democrat on the U.S. National Labor Relations Board who has been criticised by business groups for his ties to unions, was re-nominated by President Barack Obama to serve until 2014.

Becker, a lawyer who represented the AFL-CIO and Service Employees International Union, was appointed in March by Obama after the U.S. Senate failed to confirm his nomination. Republicans and some Democrats sought to block Becker after the U.S. Chamber of Commerce and other business groups objected to his academic writings proposing that unions get more power.

The appointment, made during a Senate recess, is set to expire this year and a fresh nomination was required. If confirmed, Becker would serve on the board, which handles disputes between unions and companies, until December 2014.

But a fresh nomination wasn’t required. Becker is a political hot potato whose nomination Republicans fiercely (and successfully) battled. His notoriety stems primarily from an article in the Minnesota Law Review where he essentially argued that employers should be shut out of the unionization elections completely.

In that sense, Becker is a perfect fit for Obama’s vision of the NLRB, which has been discussing limiting employers’ role over their own workers with everything from quickie elections to enforcing a back door card check. Unions believe that if they exclude employers from the unionization process, they can convince far more workers to unionize and ensure their survival. Becker on the NLRB is Obama’s way of giving them a leg up.