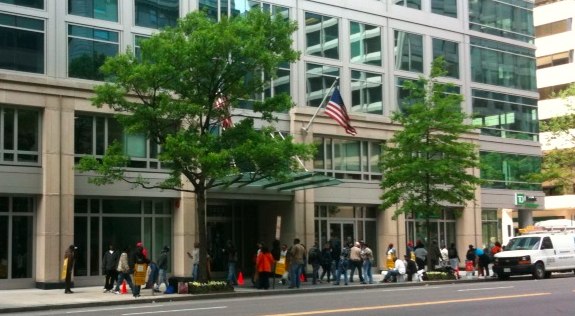 Washingtonians have grown accustomed to the Carpenters Unions’ merry band of bums marching around in circles.

If you’ve never encountered them before, the local Carpenter’s Council pays about 50 homeless people minimum wage to march and beat buckets all day long protesting non-union construction companies. The con, of course, is that the average passerby thinks that the hired-homeless are actually striking carpenters.

None of this is new, except that yesterday I saw them marching in front of an AFL-CIO financed building in 15th Street in Washington, DC. 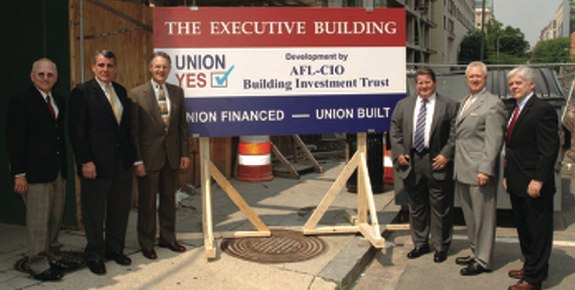