The Good News: Rubber Rooms Are No More

The bad news? The teachers who occupied them still aren’t going to get fired anytime soon: 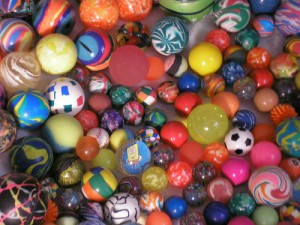 The centers house more than 600 teachers accused of misbehavior — ranging from educational incompetence to sexual abuse — who wait for hearings for months and years on end while doing nothing at full salary. …

Under the deal, teachers accused of lesser charges will now report to Department of Education administrative offices or schools to perform clerical duties, sources said.

The city will also hire more arbitrators and set a strict time limit on the length of investigations in order clear up the logjam in disciplinary hearings.

The city’s eight rubber rooms cost the city $40 million in salaries alone last year, according to the Department of Education.

The “rubber rooms” first came to national attention when the New Yorker profiled the Big Apple’s practice of paying teachers millions of dollars a year to literally sit around and do nothing. A taste:

The teachers have been in the Rubber Room for an average of about three years, doing the same thing every day—which is pretty much nothing at all. Watched over by two private security guards and two city Department of Education supervisors, they punch a time clock for the same hours that they would have kept at school—typically, eight-fifteen to three-fifteen. Like all teachers, they have the summer off. The city’s contract with their union, the United Federation of Teachers, requires that charges against them be heard by an arbitrator, and until the charges are resolved—the process is often endless—they will continue to draw their salaries and accrue pensions and other benefits.

While it’s a good move to get these teachers out of the rubber room and doing something mildly productive, it’s only the first step. Real progress won’t come until these teachers are removed from the school system — and the public teat — once and for all.