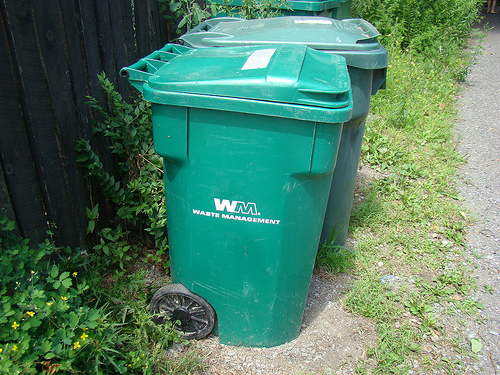 It should indicate something about the employment market when some of a trash collection company‘s employees threaten to strike… and 1600 people apply for their jobs.  It should also serve as a reality check to the union–especially when “the the average driver’s annual compensation will reach $109,553” and the unemployment rate has been resting close to 9 or 10% for months.

More than 1,600 people have applied to work as replacement drivers for Waste Management in case of a strike by the Teamsters, a company spokesperson said Saturday. […] The company submitted what it calls its “best, last, final offer” to union garbage truck drivers represented by Teamsters Local 174, but the offer was rejected Friday by the union. Nearly 1 million customers in King and Snohomish counties would be affected if the union votes to strike.[…]

Lang said Waste Management was not surprised by the large number of applicants. […]”Given the economy, a lot of people are under-employed and unemployed. So the response was very strong and … it’s a very strong group of applicants.”