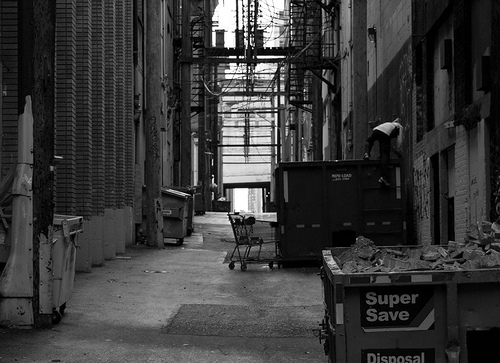 Anna Burger wants you to think she is furious about yesterday’s court ruling.  She even told a 124 word story in the Huffington Post about shopping in a grocery store in this Brave New World of corporate interests influencing elections by cashiers giving “you a brochure for a candidate running for Congress and with it a coupon for $25 off your next visit if you sign a supporter card.”

“This is not some fairy tale or even hyperbole,” she claims a few lines later. What’s that old saying? The lady doth protest too much methinks. Then again, that sounds like something a labor union might do.

Here’s what else she said:

Today the US Supreme Court lifted the floodgates and started dismantling century-old restrictions on corporate electoral activity in the name of the ‘free speech rights’ of corporations—meaning if you are a ‘corporate person’ (aka a CEO or corporate official), you are now free to hit the corporate ATM and spend whatever of your shareholders’ money it takes to elect the candidates of your choice.

I am going to ignore the obvious. That companies’ “floodgates” of cash will not be opened. Or That the rulings weren’t a century old.

Imagine what shareholders could do to a company who engaged in the widespread use of company profits to support one candidate! Really, just imagine. So the ruling probably isn’t going to change too much corporate behavior, but it may help unions more.

But Anna Burger has had a bad week. A lot that happened was the union leaderships fault, so I understand her need to attack someone.

Why is her outrage so innane? Because unions have been using their members money for years. Union leadership (like the SEIU’s Anna Burger) spend their union members’ hard earned dollars flagrantly, repetitiously, massively, and without remorse for their own political ends.  If memory serves me (it does), the SEIU spent $67 million in the last election.