Teamsters to UPS: 12,600 reasons for card-check 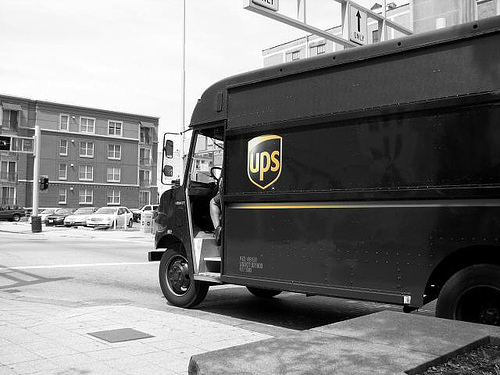 Teamsters is proud to announce today that they have unionized almost every single dockworker and freight driver with UPS. Jimmy Hoffa himself made the announcement.

There are 12,600 workers with UPS, and, thanks to recent drives in Nebraska, Maryland, and Kansas, all but 100 UPS workers are unionized (reminds me of the Alamo).  In November of 2008, they reached 12,400 unionized workers, and it has taken almost a year to unionize the most recent set of 100.

UPS and Teamsters have a card-check agreement dating from December 2007. It certainly hasn’t hurt Teamster’s chances of unionizing all things UPS.