Unions and goldfish locked in battle over who has the shortest memory. 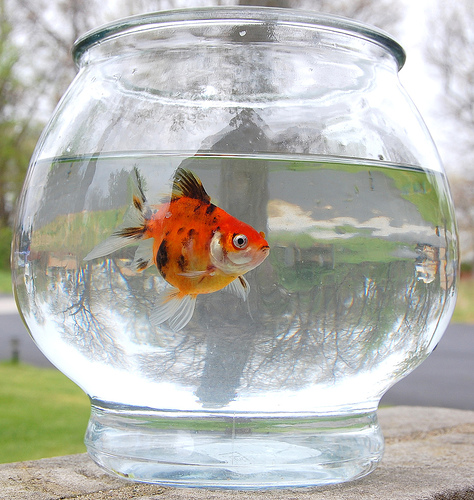 Unions in California have a very, very short memory.  Just last week, Governor Schwarzenegger vetoed California’s card check bill because he was upset by the union’s dismissal of his number one legislative priority.

The unions have forgotten that when SEIU gave United Farm Workers one million dollars to manhandle him into signing the state-wide card check bill, the Governor promptly pulled the bill out from the stack on his desk and vetoed it before UFW could even spend the money.

So when AB 88, the new deal for the 95,000 state workers represented by the SEIU Local 1000 (a deal which typically serves as the model for other state contracts) was stalling in the legislature this week, SEIU Local 1000 spokesman decided to insult the man holding the keys to the kingdom—-a strategy that clearly failed last week.

“The idea is to get it on the governor’s desk and then either force him or shame him into signing it,” said SEIU 1000 spokesman Jim Zamora, before the Senate vote. He added, “If he refuses to sign it, he should explain why he is breaking a promise, why he is going back on an agreement that his representatives signed with us back in February. We realize economic conditions have changed since then, but we have also come forward with ways to make up the difference.”

And the real tragedy about the failed contract?  In it, unions were willing to give up Columbus Day AND Lincoln’s Birthday for the benefit of the good people of California. Never mind that four days later is President’s Day—when pretty much everyone else in the country celebrates Lincoln’s birthday. But have no fear, state workers in California get that day off too.

Image courtesy of This Year’s Love.