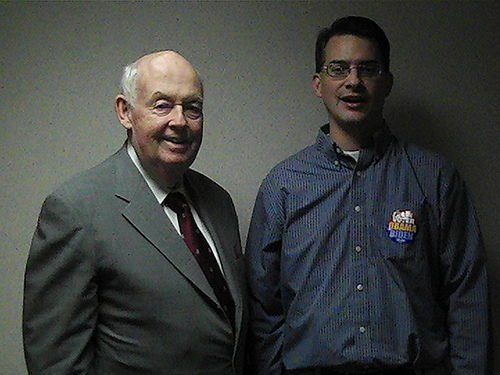 I suspect Minnesota labor leader Russell Hess is going to get a call from Washington, DC today. That’s because he is way off the reservation when it comes to talking about the deceptively-named Employee Free Choice Act (EFCA). In fact, he admitted to the Rochester Post-Bulletin that union leaders “almost never stop at [collecting cards from] 30 percent” of a workforce.

Why’s that a big deal? Because unions and their front groups have clung to the notion that EFCA will allow employees to exercise their right to a secret ballot election. To explain that, they say that the bill allows for the use of secret ballots if more than 30%, but less than 50% of a bargaining unit signs union authorization cards.

But as I explained before, unions “almost never” (to quote Hess) go into an election with cards from less than 65% percent of a company’s workforce. And under EFCA, the National Labor Relations Board is specifically barred from holding an election if the union turns in cards from more than 50% of the bargaining unit.

In fact, when I linked to a Teamsters website that explained that the “general policy of the [Teamsters] Airline Division is to file for a representation election only after receiving a 65-percent card return from the eligible voters in a group,” the Teamsters took the website down a few days later. (Thankfully, it’s preserved by the Internet Archive’s Wayback Machine.)

I know this is a lot of numbers, and sometimes labor law can seem complicated, but the bottom line is simple. Unions are selling EFCA on the ground that employees get a “choice” on how they want to unionize, but the bill puts the power in the hands of the union bosses, and they clearly have no intention of calling for elections if EFCA passes. In fact, here’s how AFL-CIO Director of Organizing Stewart Acuff once put it:

“NLRB elections just don’t work,” said Mr. Acuff. “We prefer card check because people can do it off premises, can do it in their homes, can do it without the employer looking over their shoulder.”