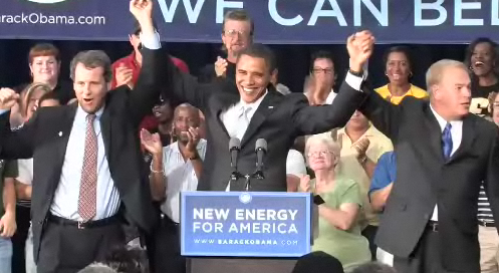 Earlier this week, Senator Obama used Reagan’s handling of the 1981 Professional Air Traffic Controller Organization (PATCO) strike as an example of how previous presidents have been shown to be anti-union.

Forgive the pun, but PATCO was holding American travelers hostage with their outrageous demands (like a 32 hour work week; Last I checked, we don’t live in France). The strike was illegal. PATCO endangered millions of air travelers and sought to shutdown the airline industry, as well as all the travelers who rely on air transport. Reagan’s actions weren’t anti-union, they were pro-American and were necessary to end a reckless and illegal strike.

Here’s how Obama put it:

The problem is, we have had the most anti-administration — anti-union administration in memory under George Bush, although a lot of the problems started before Bush, you know, with the PATCO strike and dating back to the 1980s.

So, what we have to do is figure out how can we strengthen unions and thereby give workers a little more leverage. So, there are a couple — there are a couple things that I think we can do. Number one, I think that we should pass the Employee Free Choice Act.