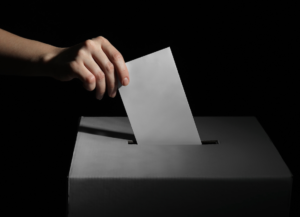 Terry Bowman, a 26-year Ford/UAW auto worker recently published an op-ed in the Center Square calling out Ford Motors for being “in bed” with the United Auto Workers at a forthcoming plant in Tennessee. His main concern, and certainly a concern for any future auto workers in the state, is Ford’s neutrality agreement with the union.

When Ford announced it was opening a new manufacturing plant in Tennessee, the state welcomed the thousands of new jobs. But by signing a neutrality agreement with the union, Ford has all but assured this new plant will be organized by the UAW – even if it’s not what a majority of workers want.

The phrase “neutrality agreement” may sound benign, but it’s actually a way for the union to make sure it has full access to the plant and its workers to make organizing as easy as possible. This includes giving the union access to workers’ personal information, including home addresses. Essentially, the organizing campaign won’t just stop outside Ford property.

Even worse, Ford has agreed to allow the union to organize via card check — denying its own employees the right to a secret ballot vote. Instead of holding a fair election where each employee’s vote is private, the union can organize merely by collecting employee signatures on union cards.

It’s not hard to see why this method is preferred by the union. Organizers can coerce, intimidate, and otherwise pressure workers to sign these cards. In fact, UAW organizers aren’t even required to explain to workers what exactly they’re signing. Workers might be tempted to sign just to get the union off their backs without truly knowing the consequences.

With the UAW’s track record of entrenched corruption, we can bet the union is glad to have dodged a secret ballot election. But workers deserve better. Recent polling even shows Tennesseans prefer having a secret ballot in union elections by a six-to-one margin.

But all hope is not lost. State lawmakers can and should step in to preserve worker choice in Tennessee.