American Federation of Teachers President Randi Weingarten started a wildfire on Twitter after she claimed that teachers unions have been trying to reopen schools since the start of the pandemic.

The laughable claim was made after one online user replied to a post about Weingarten where she discussed schools reopening and children recovering after the COVID-19 shutdowns. The user wrote, “It makes me sick that the same people who are responsible for severely long and short-term harming kids by unnecessarily keeping them in isolation for almost 1.5 years are responsible for ‘reopening’ and ‘recovery.’”

“We tried to reopen schools safely since April 2020…” Weingarten replied. 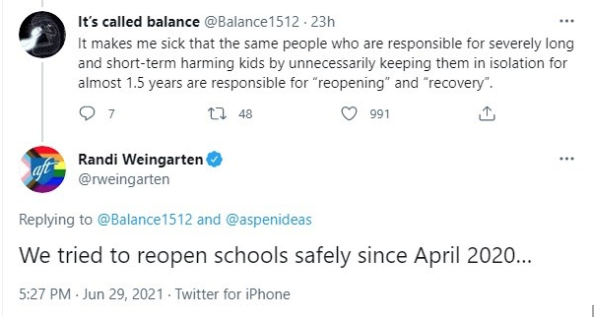 But teachers unions, especially the American Federation of Teachers, did all they could do to keep schools closed and teachers at home. Consider how California teachers unions demanded a slew of left-of-center policies be put in place before schools resumed in-person learning. That included “defunding the police, increasing taxes on the wealthy, [and] implementing Medicare for all.” Many Twitter users trashed Weingarten for her claims, bringing several receipts to remind her just how hard she worked to keep schools closed. 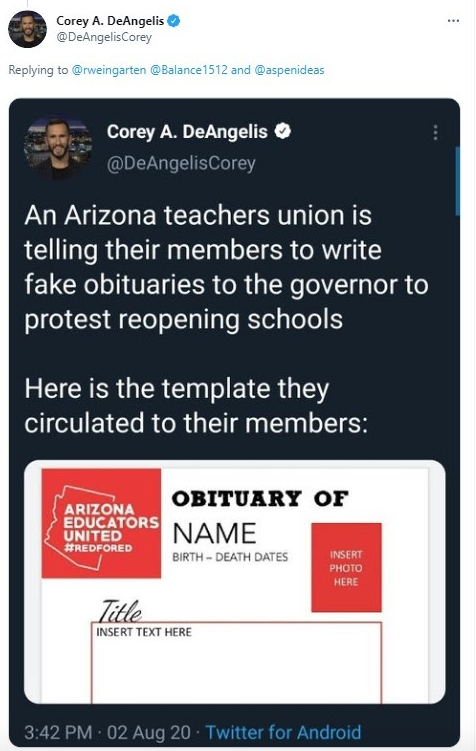 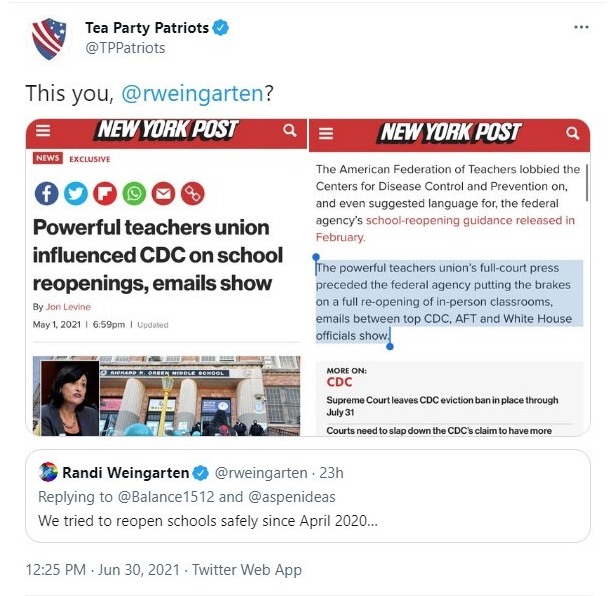 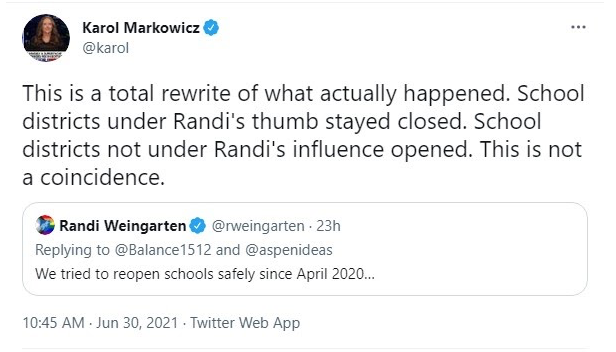 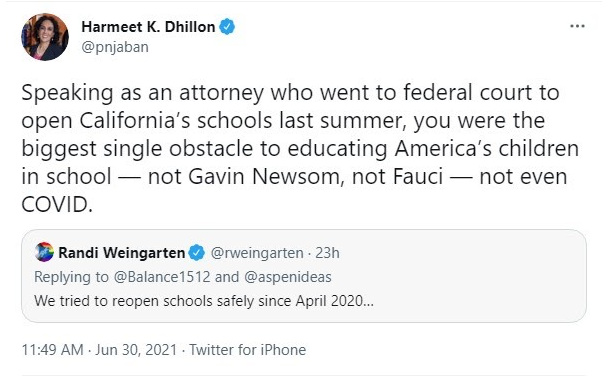 Weingarten may be trying to rewrite history, but the internet is forever. Parents and teachers alike won’t soon forget that unions advocated for shutting down schools and isolating children at home long after it was proven safe to let students return.