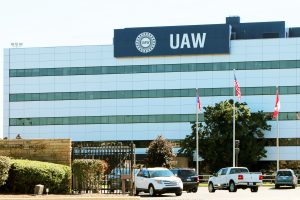 Yet another report documenting a culture of corruption at the United Auto Workers (UAW) has the union wishing it could erase its sordid past. At least, that’s the vibe you get from the UAW’s website, where any member searching for information on former union president Gary Jones will now be told: “Sorry, no results were found.”

But what about current president Rory Gamble’s pledge to members? The UAW has a “responsibility to learn from these failures and bad actions and bring forth changes that will ensure greater transparency [and] accountability.” Deleting all mention of Jones — whose 17-month long tenure has been marked by a large-scale federal corruption investigation — isn’t exactly an encouraging start. If union members aren’t getting an apology, they’re owed an explanation at the very least.

Especially when recent reports accuse Jones of using union dollars to fund his lavish lifestyle, including what appears to be an obsession with high-end cigars. There’s evidence that Jones made a $13,000 purchase at an Arizona cigar shop in December 2015. Additionally, government documents show that between 2014 and 2018, Jones and other UAW leaders spent $60,000 on cigars and cigar paraphernalia — all expensed to the union.

Jones’ predecessor Dennis Wiliams has also been accused of excessive spending on the union’s dime. In January 2015 alone, Williams drummed up a $25,000 tab in Palm Springs. Other hefty receipts included luxury villas, top-shelf liquor, and golfing trips. Still, Williams has yet to be scrubbed from the union’s website.

With the UAW’s membership on the decline, it’s easy to see why the union would want to pretend Jones’ presidency never happened. But, turning Jones into a ghost will only ensure his legacy continues to haunt the UAW.