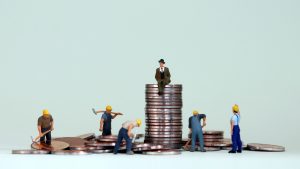 The AFL-CIO— along with other major labor unions— recently poured money into an anti-right-to-work campaign led by advocacy group We Are Missouri. The group spent about $16.3 million on their campaign to vote “No” on Proposition A. The vote— which took place last week— removed Missouri as the 28th right-to-work state in the country.

Unions spared no expense in overturning this law, despite the fact that employees in right-to-work states are reportedly more satisfied with their union than employees in other states. A higher percentage of these employees said their union was more helpful in protecting them against employer actions. In terms of representation, 80 percent reported being pleased with the results of their local union elections.

Right-to-work laws allow employees to choose whether or not they want to pay dues to a union as a condition of employment. Vinnie Vernuccio, senior fellow at the Mackinac Center for Public Policy, highlighted the silliness of unions spending millions to curtail this freedom: “It is sad but not surprising that unions are spending millions of dollars to have the ability to get workers fired for not paying them.”

This campaign demonstrates that unions will go to any length to keep their coffers full.