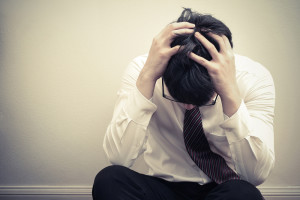 NUMMI opened in 1984 as a joint venture of General Motors and Toyota, a successor to a GM plant that opened in 1962 and closed in 1982 under UAW oversight. In its original incarnation, the plant was one of GM’s worst. According to University of Michigan professor Jeffrey Liker, who interviewed workers and management for his research on NUMMI, the plant was a cesspool of alcohol, drugs, sex, and other illicit behavior. In his words: “One of the expressions was, you can buy anything you want in the GM plant in Fremont. If you want sex, if you want drugs, if you want alcohol, it’s there. During breaks, during lunch time, if you want to gamble illegally—any illegal activity was available for the asking within that plant.”

And it all happened under the UAW’s watch. If anything, the union only made things worse: “Under the union contract, it was almost impossible to fire anybody, and if management ticked off the union, workers could just shut the plant down in minutes.” The UAW also encouraged employees to file unnecessary grievances. As NPR reporter Frank Langfitt put it: “Someone who isn’t your boss asks you to clean something up? Hit him with a grievance. A manager steps in to do a job that isn’t his? Grievance. The strategy was simple. Pile up grievances real or imagined by the thousands, then use them to squeeze money or concessions out of management.”

The NUMMI incarnation of the plant had its own problem. Between 2003 and 2009, the safety incidence rate in the plant was as much as 55 percent higher than the industry average. It’s ironic that the UAW is now claiming a union contract will improve safety conditions at Tesla’s Fremont plant—when the union presided over below-average safety conditions at the same plant for years.

The UAW desperately needs an organizing win in the auto industry. Its membership numbers are up this year, but even the union admits that the growth can be traced to graduate students rather than auto workers. (No wonder its dues dollars are down.) The union has spent six-figures sums on its organizing campaign against Tesla, but if recent past is precedent, the campaign will go the same route as its failed efforts in Mississippi, Ohio, and Tennessee.

Lawmakers should take note of the UAW’s checkered California past. Given the lessons of NUMMI and GM’s Fremont plant before it, why does the union deserve another chance at California’s only auto plant? Three wrongs don’t make a right.