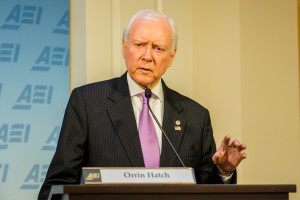 The Senate recently reintroduced the Employee Rights Act (ERA), the most comprehensive update to American labor law since the 1940s. Once again, Sen. Orrin Hatch (R-UT) is the sponsor of the legislation. In his words: “Anyone whose real concern is preserving the rights of individual workers should support the Employee Rights Act, which addresses many issues plaguing Americans in the workplace.”

He is joined by Sen. Lamar Alexander (R-TN), chairman of the Senate Committee on Health, Education, Labor, and Pensions, who supports “common-sense changes to current labor law to restore and protect the rights of workers.”

The ERA protects workers from union overreach with eight pro-employee reforms. Among other provisions, the bill would require secret ballot union elections and allow employees to periodically re-assess their union representation. Less than 10 percent of union members ever voted for the union currently “representing” them. Those who did were not guaranteed the right to a private vote. Moreover, union officials are not required to hold recertification elections, which leaves many employees “represented” by union officials they never even voted for. The ERA would make every union vote a private one and make it easier for employees to leave a union unresponsive to their interests.

Not surprisingly, the ERA’s reforms have broad-based appeal. According to national and regional polls, roughly 80 percent of Americans—including those in union households—support the bill’s key provisions. Fifty free-market organizations, including the Heritage Foundation and Americans for Prosperity, have already endorsed the ERA. The Wall Street Journal’s editorial board is also supportive.