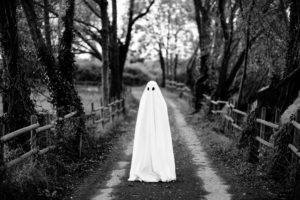 According to news reports out of Florida, the Tampa-based International Longshoremen’s Association (ILA) Local 1402 is allegedly paying “ghost workers” for dock jobs they don’t perform, at the expense of actual union members. ILA Pension Board Trustee Evan Cotten claims to have uncovered the problem last year by tracking longshoremen time sheets and the movement of cargo and supplies on and off the docks of Port Tampa Bay. Cotten explains, “A lot of money is involved that has been distributed to people who didn’t earn it and a lot of people have been deprived of that money. I think it’s criminal.”

How bad is it? The ghost worker problem could go back at least five years, as Cotten has uncovered seven or eight such cases.

One potential explanation is that inflating the number of employees on payroll limits individual pension payouts. Longshoreman routinely compete for jobs and hours. Their benefits improve as they accumulate hours and perform more dock jobs. Ghost workers increase competition for these jobs, making it more difficult for actual union members to work, reach thresholds, and accrue benefits. As Cotten puts it: “Failure to reach 700 [annual hours] by one hour will mean hundreds or thousands of dollars over the course of a year and it will mean his seniority position, his work ranking, his health benefits and eventually, his pension benefit.”

Local 1402’s pension is woefully underfunded, giving union officials an incentive to cut back on payments. Records indicate that administrative expenses for the Local 1402 pension fund in 2010 were $509,528, compared to employer contributions of $393,110 that same year. That red ink is real.