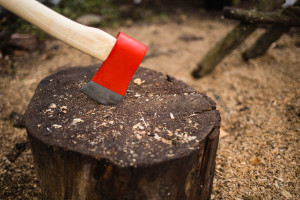 President Trump’s budget sent shockwaves throughout Washington, D.C., especially the Department of Labor (DOL). It slashes the DOL’s funding from $12.2 billion this year to $9.6 billion next year—a 21 percent cut. Only the Environmental Protection Agency and State Department would see greater cuts if Congress approves.

On the chopping block is the DOL’s Susan Harwood Training Grant Program, which gives out grants to nonprofit organizations to train workers in dangerous jobs (in theory, at least). That includes labor unions and labor-affiliated advocacy groups, who received millions of dollars from the grant program under President Obama. The United Auto Workers (UAW) received $148,500 to lecture about “injury and illness prevention” and “cultures of safety in small and medium sized establishments.” The Worker Justice Center of New York was paid $148,498 to provide “1.5 to 2-hour training for the agricultural, food services, and hotel industries,” while the Interfaith Justice Center received $131,200 for similar training sessions. The Service Employees International Union (SEIU), Make the Road New York, and Restaurant Opportunities Center (ROC) have also received Harwood grants to “train workers.”

There are a few problems with Harwood grants. In one of ROC’s training manuals, the funded group urged employees to “take action” by “work[ing] with worker advocacy organizations to find successful ways to get your rights to decent pay and safer working conditions.” If that’s not a plug for union organizing, then what is? A similar concern applies to Make the Road New York: The grant’s purpose might have been safety training, but that training happened in the context of a broader organizing campaign in the car-wash industry. Money is fungible, so who’s drawing the line between worker safety training and worker organizing? This brings up another problem: Should American taxpayers foot the bill to support, even indirectly, union organizing efforts?

The House Appropriations Committee in the 114th Congress concluded that the Harwood grant program is “inefficient and ineffective in achieving its intended purpose.” If the program doesn’t work as intended  then why are taxpayers funding it?