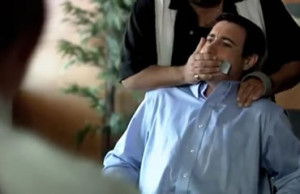 The National Education Association (NEA) is not one to keep its anti-reform agenda quiet. That was made clear at the union’s annual labor conference this week, where Democratic presidential candidate Hillary Clinton—who received an early endorsement from the NEA—was recruited to speak. When Clinton praised charter schools—saying that “when schools get it right, whether they are traditional public schools or public charter schools, let’s figure out what’s working…and share it with schools across America”—numerous delegates from the NEA’s representative assembly booed the speaker.

Apparently, only traditional public schools can “get it right.” It’s the latest example of Big Labor’s staunch opposition to education reform, including what should be uncontroversial policies like merit-based pay and expanded school choice. NEA President Lily Eskelsen Garcia has even equated education reform to “the shameful scapegoating of America’s educators.”

This resistance to change spills over into politics, as teachers unions are known for donating heavily to Democratic candidates and causes as a way of blocking innovative education policies. The NEA ranked as the top organization funding super PACs during the 2014 election cycle–well ahead of conservative power players including the Republican Governors Association (No. 18), Freedom Partners (No. 55) and American Crossroads (No. 66). (The American Federation of Teachers, the other major teachers union, finished No. 13.) And the overwhelming majority of teacher union money–99 percent–is sent to the Democratic Party and liberal special interest groups opposing education reform.

But does the overwhelming majority of teachers support such one-sided activism? Even the NEA suggests not. The union’s most recent survey of its members revealed that 55 percent of teachers identify as either “conservative” or “tend to be conservative.”

Some of them are conscientiously objecting to the NEA’s political proclivity: According to the union’s LM-2 filings with the Department of Labor, 94,080 NEA-affiliated teachers are considered “Agency Fee Payers,” meaning that these teachers are opting out of funding the NEA’s direct political spending budget. Yet countless more (the NEA has roughly three million members) don’t support the union’s liberal politicking but are still pushed to fund it. Worse yet, even conscientious objectors can’t opt out of union spending that is classified as non-political but still ends up in the hands of liberal special interest groups.

For all of the NEA’s loudmouths, many members remain in quiet opposition to the union’s noisy message.