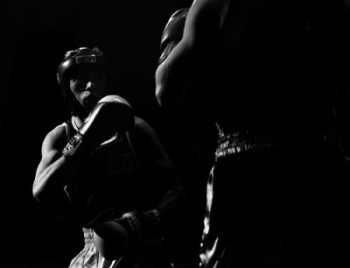 As we’ve explained before, the National Labor Relations Board (NLRB) sounds like an impartial observer; but it’s really an unelected body of pro-union bureaucrats. And the NLRB doesn’t hide its true colors.

This particular story takes us back to 2013, when nursing aides at Pennsylvania nursing company ManorCare of Kingston voted (very narrowly) to unionize the workplace. Shortly after the vote took place, ManorCare objected to certifying the union. Why? Because two pro-union employees had allegedly threatened to beat up nursing aides who voted against the union—raising the possibility of intimidation influencing the final outcome. The NLRB investigated the matter in 2014, finding that one of the employees vowed to “start punching people in the face.” The other threatened to “do damage to people’s cars and cause bodily harm to employees who voted against the union.”

But did the NLRB order another election? No chance. Instead, the agency argued the threats did not amount to intimidation—and couldn’t have tilted the scales in favor of the union—because one of the employees was short and the other was light-hearted. You read that right: The NLRB backed up its findings by claiming the first employee was “diminutive” and the second “was viewed as joking in nature.” And so the agency upheld ManorCare’s union vote.

Fast forward to May 2016 and a federal appeals court is now overturning the NLRB’s decision. The District of Columbia U.S. Circuit Court of Appeals has ruled that the NLRB “abused its discretion” by downplaying “pro-union” threats against some of ManorCare’s workers. The court found that not only did the NLRB not take the “general atmosphere of fear and reprisal” seriously enough, but also that employees had a real reason to be threatened. The remarks made by the pro-union employees “were threatening, and seriously so,” the court wrote.

In the end, the U.S. Circuit Court overturned the union certification at ManorCare. In other words, it did what the “impartial” NLRB should have done from the start—send Big Labor home packing.