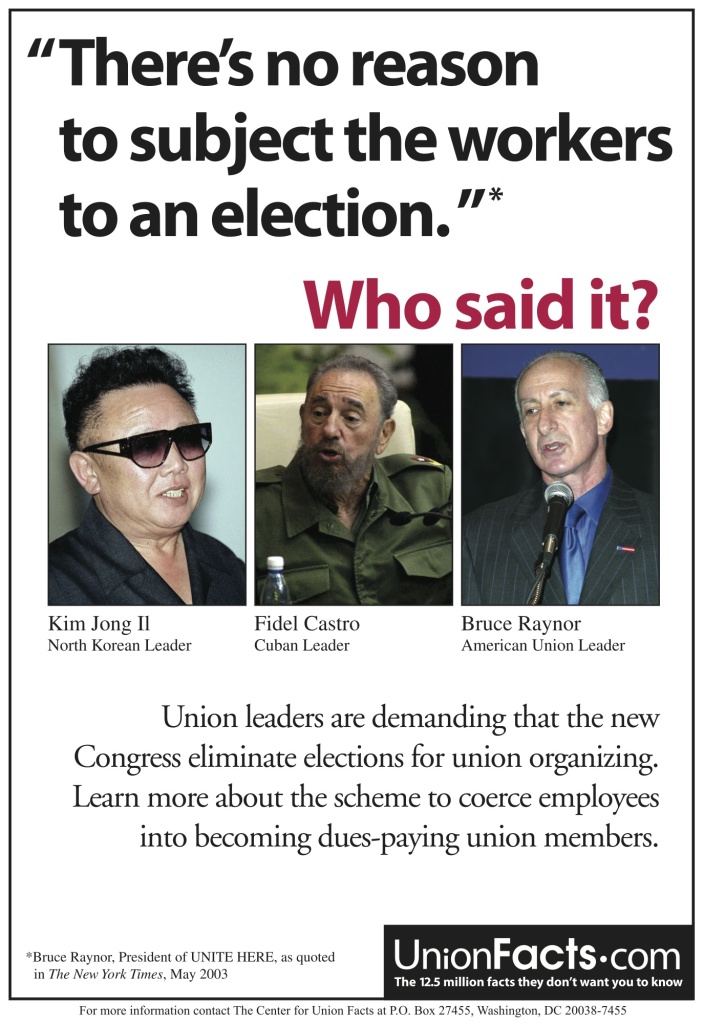 The Employee Rights Act (ERA) has kicked off a long-overdue debate over the future of labor policy in America’s 21st Century labor force. Labor and the radical unionist far left have now responded, with two proposals to force more employees to become dues-paying union members.

This week, Senator Bernie Sanders of Vermont (an ally of National Nurses United, AFL-CIO) and Representative Mark Pocan of Wisconsin (who represents the very liberal city of Madison) introduced the “Workplace Democracy Act.” It is “democratic” in a similar manner to the former German Democratic Republic or the Democratic People’s Republic of Korea: Not at all. The bill would (like the similarly misnamed “Employee Free Choice Act”) effectively end the practice of secret-ballot elections supervised by federal authorities and replace it with public card check—the exact opposite of the ERA, which would prevent employers and unions from colluding to prevent a secret ballot vote. Needless to say, the AFL-CIO is ecstatic.

The unions are also pushing a separate measure, the “WAGE Act” sponsored by Sen. Patty Murray of Washington and Rep. Bobby Scott, which would codify most of the pro-unionization decisions the National Labor Relations Board has enacted under its extremely partisan pro-labor majority since 2009. For good measure, a provision giving the NLRB discretion to order card check on a case by case basis is buried in the bill’s fine print.

These measures are the exact opposite of the way that American employees need labor reform to go. Rather than taking marching orders from union bosses, Congress should move on the Employee Rights Act’s guarantee of a secret ballot to unionize. This common-sense measure has the support of 85 percent of union households. If unions want the trappings of “democracy,” they need to drop their anti-democratic fantasies and accept the results of secret ballot votes.