Wisconsin Could Be a Tipping Point for Employee Rights 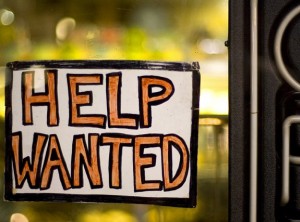 Today, Wisconsin became the 25th right-to-work state when Governor Scott Walker signed SB 44, which passed the Wisconsin Assembly last Friday. The measure, which prohibits the conditioning of employment on the payment of union dues or fees, means that half of the states now have laws prohibiting the so-called “union shop” or “agency shop.” This truly is a tipping point for employee rights.

Additionally, with Wisconsin joining the ranks of the right to work states, about 48 percent of Americans—over 150 million people—live in right-to-work states. (If Missouri adopts right-to-work as it is considering doing, a majority would.) While unions and their political patrons ridiculously claim that right-to-work is a radical proposition that will kill your babies or lead to mass employee deaths, the widespread adoption of employee-empowering laws clearly shows that these predictions are more drama than fact. In truth, right-to-work states have higher rates of jobs growth.

While these laws do not solve all the problems of union abuses, they are a symbolic move to put employees ahead of union bosses in the workplace. But now that employee rights are at a tipping point, it’s time for the federal government to stand up and bring American labor laws out of the 1940s. The Employee Rights Act (ERA), a package of seven (very popular) reforms proposed in the last Congress, would ensure employee privacy and protect employees against threats and intimidation.

While right-to-work guarantees employees’ financial freedoms, ERA protects their freedom from coercion by unions, their freedom to make private decisions, and their freedom to refrain from giving personal private information to union bosses. While the Obama Administration expands union privilege, Congress has the opportunity to take a stand for employee rights. When ERA is reintroduced, members must make the effort to push for these common-sense measures or explain why they oppose individual freedom in the workplace.