The New York State affiliate of Randi Weingarten’s American Federation of Teachers, the New York State United Teachers (NYSUT), received significant bipartisan criticism over the weekend for an unbelievably insensitive attack mail piece that its PAC VOTE-COPE sent in a New York State Senate race. You can see it for yourself (as shown to the Buffalo News) below: 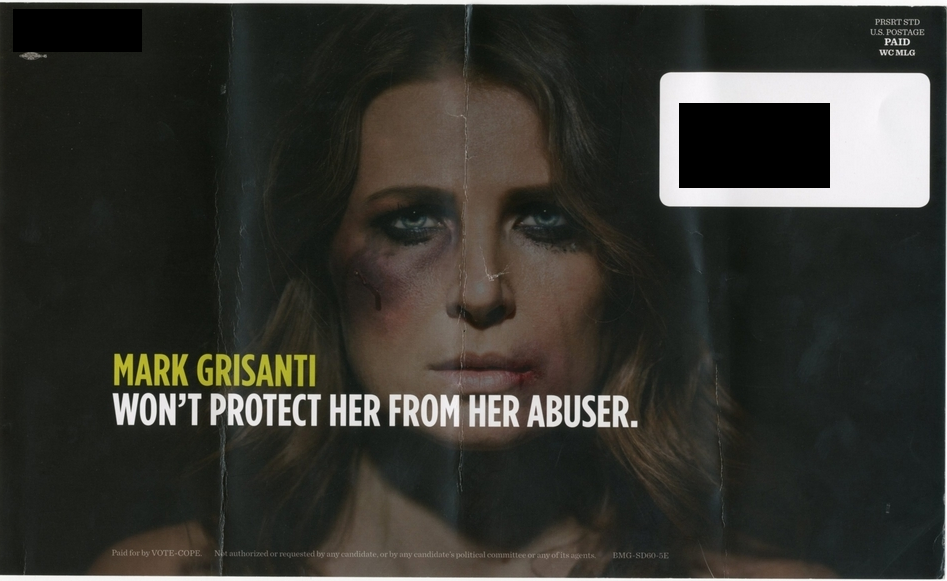 The mailer’s depiction of a victim of domestic violence has caused bipartisan outrage. The New York Daily News explains:

A new campaign mailer featuring a picture of a woman with a black eye that takes three upstate Republicans to task for opposing Gov. Cuomo’s women’s equality agenda has managed to unite some Democrats and Republicans in their outrage. […]

The mailer was funded by VOTE-COPE, the campaign arm of the New York State United Teachers, which is supporting a Democratic takeover of the Senate.

Representatives from both parties have condemned the ads. The Buffalo News quotes a Democratic elected official who Tweeted: “Came home from debate to find this in the mail. Horrible. This makes people hate politics. Vote-Cope should be embarrassed.” The GOP leader in the New York Senate, Dean Skelos, called the mailers ““disgusting” and “beyond decency,” according to the Daily News. Domestic abuse prevention advocates also objected to the mailers.

Whichever candidate wins the election, the actions of the union are inexcusable. We’re calling on Randi to repudiate the disgusting attacks that her minions in New York are pushing. We’re not holding our breath.