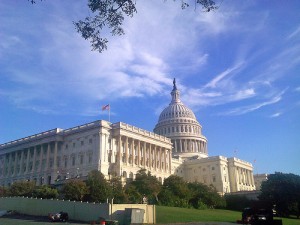 This week, the Washington Examiner restated its position that the Employee Rights Act (ERA), a widely supported piece of labor reform legislation currently before Congress, would expand the opportunities for employees to have their voices heard in the workplace. Discussing the injustice created by effectively compelling employees to support union political activism (opting out is complicated and may require forfeiture of some workplace rights), the Examiner editors note:

It took the better part of a decade for the public employees who sued the union to have their First Amendment freedom of association vindicated. At one stage, the 9th U.S. Circuit Court of Appeals tried to invalidate their rights altogether in favor of a supposed union right to collect their money.

Republicans now want to fix this gross injustice by means of an Employee Rights Act if they take control of the Senate. The bill would require unions to get members’ affirmative permission to use their money for political activity. Workers who support union political drives could still contribute, but workers who want union representation, or who have been forced to accept it against their will, would be protected from funding causes they dislike.

And while Republicans may be pushing the bill in Washington, Americans on all sides of the political spectrum support the ERA. Recent polling shows the “paycheck protection” provision receives the support of 85 percent of Americans and 83 percent of union households.

No wonder union-funded left-wing groups like the Center for American Progress prefer to change the subject from the ERA’s widely supported provisions. Instead—like their union boss allies—they conjure up straw boogeymen of Republicans and the omnipresent “millionaires and billionaires.” If the ERA is taken up seriously by Congress, we’ll see if those pathetic deflections stick.