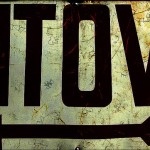 Union decline is a common refrain with private-sector membership at a 70-year low, and new evidence that unions’ latest ploys to stall their downfall aren’t working continues to pour in. Bloomberg BNA reports on unions’ lack of success at retaining members in decertification elections:

Of those 228 elections last year, unions won only 87—by far the lowest total on record—earning a 38.2 percent win rate that itself marks a five-year low. In terms of living, breathing members, the 2012 figures were similarly bleak for unions. Of the 14,051 workers in bargaining units threatened with decertification, only about half—7,326—remained unionized after the votes were counted, marking the lowest retention total on record.

Admittedly, 2012 saw an unusually low number of decertification attempts. That said, total representation elections stand at half the level of 20 years ago, according to BNA.

But unions’ poor record of winning these elections shows that unionized workers are becoming convinced that unions no longer represent their interests. Given their declining membership rolls, unions need reform like those in the Employee Rights Act, not window-dressing stunts to stanch the slide.