Unions Scold Corporations… For Trying to Keep Up With Union Politicking 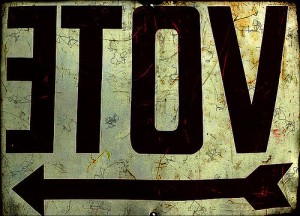 As usual, unions are trying to have have their cake and eat it, too.  In this case, unions will spend tens of millions of dollars this election cycle telling their members which candidates to vote for, but at the same time, they are criticizing employers who engage in the same activity as being “improperly coercive.” Steven Greenhouse at the New York Times frames the issue with this hypothetical: “Imagine getting a letter from the boss, telling you how to vote.” Never mind that the hypothetical is just that—none of Greenhouse’s examples of employers’ activities explicitly told employees to vote for or against any candidate. As Professors Brad Smith and Eugene Volokh told the Times, this is all within the limits of the law:

Per the Times’ account, none of the latter accusations have been made. In fact, companies such as Koch Industries have defended themselves against more outrageous claims by providing a copy of the letter that was sent to employees. The letter noted:

First, and most important, we believe any decision about which candidates to support is – as always – yours and yours alone, based on the factors that are most important to you.

Along these lines, the Oregon Business Report recently provided some guidelines for employers to keep in mind as election season rolls around. The attorney-author Brenda K. Baumgart outlined a few possible trouble spots: allowing speech and communication in the workplace that is appropriate, but not limiting it so much as to violate the National Labor Relations Act; selective enforcement of policies; and political endorsements of candidates and ballot issues.

But for as carefully as employers must tread, unions rarely come under the same microscope. Labor is practiced at the art of election season communication. The Times notes:

Many corporate executives say they have stepped up their political activities to counter organized labor’s efforts on behalf of Mr. Obama and other Democrats. Even before Citizens United, unions were allowed to promote candidates to their members. Democrats and Republicans alike acknowledged the effectiveness of labor’s political efforts. [emphasis added]

Nonetheless, union leaders think that employers are breaking the law:

Larry Gold, associate general counsel of the A.F.L.-C.I.O., said some of the recent employer letters, by hinting at the possible loss of employees’ jobs, appeared to cross the line into improper coercion.

While unions suggest that by employers letting employees know of their candidates of choice, employees may feel undue pressure to conform and vote in a certain way, disclaimers notwithstanding. Yet, not surprisingly, labor doesn’t see how its own communications with employees could invoke the same feeling for its members. In non-right-to-work states, an employee’s job depends on his membership in the union. Breaking the mold and contradicting the union’s political goals, even while contributing to them, is a risky proposition.

Arguably, unions have been more forceful in their member education through their Committees on Political Education (COPE). For example, the New Jersey AFL-CIO encourages local union leaders to send endorsement letters to its members. In Pennsylvania, as the election draws near, union leaders boast that their communications can make the difference in an election:

“Local leaders have a lot of sway,” [AFL-CIO Pennsylvania State Director David] Driscoll-Knight said. “Union members frequently get letters from their local president; when they get one, they’re going to open it up and read it.”

The letters sent from the New Jersey AFL-CIO read the same in 2012 as they did in 2007, even before Citizens United allowed both labor unions and corporations more leeway in political communication. Although they don’t want to admit it, unions are doing even better in a post-Citizens United world.

Now that corporations can mimic the efforts of labor unions, those on the political left, especially those supported by labor, are up in arms. They don’t like competition—whether it’s in the workplace or in politics.

By their nature, unions are, and almost always have been, intensely political. It is an organized group of people with (supposedly) similar interests in mind, attempting to navigate the system as a unified group, to the benefit of the members. This is very different than a corporation, which is primarily concerned about shareholders and profit margins. When the corporation prospers, so do the employees, unionized or not. When a corporation fails, all the collective bargaining in the world cannot offer job security.

But in a world where the makeup of the National Labor Relations Board (NLRB) appears to reign supreme, employers are recognizing that they need to get into the political game.  Expect unions to bristle at every employer letter that is sent out.