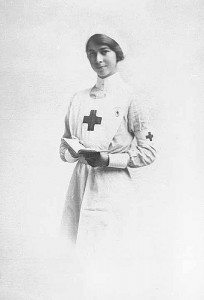 On Friday, we featured the story of the employees of GPS Painting and Wallcovering in California who decided they were better off without their union.

Another overreaching union from California found itself in trouble as it extended its claws to McAllen, Texas. Two years ago, nurses at Rio Grande Regional Hospital were subject to a union organizing campaign after the hospital and its parent company, HCA Holdings, entered into a “neutrality agreement” with the National Nurses Organizing Committee (NNOC). By handicapping themselves against the organizing onslaught, the hospital became a union shop.

But with the help of the National Right to Work Legal Defense Foundation (NRTW), Victoria Lynn Glass, RN, petitioned for, got, and won a decertification election in July of this year. But of course, NNOC wasn’t finished:

NNOC bosses filed “objections” to the election with the NLRB. However, rather than litigate their objections publicly under NLRB election rules, the union bosses simultaneously invoked a private “arbitration” procedure created by the HCA-NNOC pact and held a “hearing” on the objections before an “arbitrator” handpicked by union officials and the company.

Making a further mockery of the NLRB’s election rules, NNOC union officials subpoenaed Glass to appear and testify under oath about the campaign to remove the union from her workplace. She was also directed to produce for union inspection all documents that the nurses created in their election campaign to oppose the NNOC union bosses.

NRTW helped Glass fend off the attacks from NNOC and in September, NNOC waived the white flag and exited Rio Grande Hospital.

When you hear stories like these, it’s no wonder that unions don’t want their members to even know that they have any rights to oppose the union. It’s why the Clark County Education Association was so upset that someone dared to notify member teachers that they had the right to resign.

Labor unions can be tough, but they aren’t invincible—despite their best efforts.