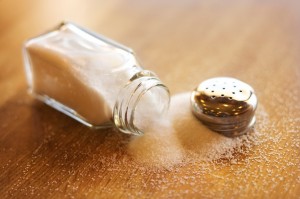 Last month, the National Labor Relations Board (NLRB) filed a suit against Sterling Foods LLC, accusing the company’s supervisors of engaging in improper anti-union activity. Among those charges are allegations that supervisors photographed and surveiled employees engaging in union organizing activity. They have also been accused of soliciting employees to “spy” and report on union activities.

It is established that such activities are not permitted under federal labor law. But what many don’t realize is that the unions’ own subterfuge against employers is actually a legally-protected organizing technique.

The practice is known as “salting” in which a union member—a “salt”—looks to get hired for the sole purpose of organizing the employees of the target company. The salt is paid by the union to engage in this activity. Union salting has been going on for over a century. In 1987, the president of the International Brotherhood of Electrical Workers said that the IBEW would engage is a salting campaign with the end goal of “driv[ing] the non-union element out of business.” Even today some IBEW local unions even provide guidelines to follow and forms to fill out in order to be an effective salt.

Although some salts identify themselves during the hiring process or soon thereafter, others enter the employer’s business as a Trojan horse, disguising their true intentions and waiting for an opportune time to strike. Many are hoping to find “unfair labor practices” (ULPs) that they can then report to the NLRB and open up the business to a union organizing campaign.

Employers are hamstrung when a union salting campaign begins. In N.L.R.B. v. Town & Country Elec., Inc., the Supreme Court confirmed an NLRB ruling that salts are protected “employees” under the National Labor Relations Act (NLRA). Therefore, if an employer refuses to hire a salt or discharges him after employment, the business could be accused of a ULP. Within a month of Town & Country Elec., John Sweeney, president of the AFL-CIO announced that the union would spend $20 million on organizing programs.

The NLRB limited salting practices to some degree in the 2007 Toering case. Toering Electric Company was the target of IBEW’s salting campaign which, in addition to organizing electrical employees, also employed an “alternative strategy of imposing such costs on a nonunion employer as will cause it to scale back its business, leave the salting union’s jurisdiction entirely, or go out of business altogether.” Toering said that only employees who actually applied and “genuinely interested in seeking to establish an employment relationship with the employer” are protected under federal labor law and that there is not a presumption that every potential employee has such genuine interest. (Sadly the tactic of getting hired by the target company with the intent of sabotaging the business from the inside was only limited in 2007!)

Rep. Steve King (R-IA) has introduced the Truth in Employment Act that would limit salting by limiting the definition of “employee” in the NLRA. According to the Act, salting “ has evolved into an aggressive form of harassment not contemplated when the National Labor Relations Act was enacted and threatens the balance of rights which is fundamental to our system of collective bargaining.” Unfortunately, King’s bill hasn’t moved in committee since it was introduced in 2011.

So while employers cannot take any subversive actions against unions, salting is still an approved practice. Just add this to the list of other notable union double standards.