The Revolving Door at the NLRB 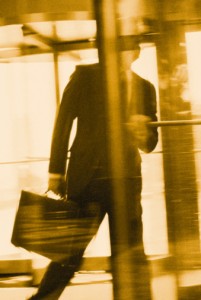 On Tuesday, the AFL-CIO announced that former NLRB member Craig Becker is set to become co-general counsel of the labor federation. He will join AFL-CIO General Counsel  in leading the labor group’s legal team.

“The strengths of these two extraordinary lawyers, Becker and Rhinehart, are a perfect complement, and together they will lead a powerhouse legal program,” said AFL-CIO President Richard Trumka.

The notification hardly came as a surprise to business groups, who opposed Becker’s recess appointment to the NLRB. They accused him of “being a union radical who wouldn’t fairly serve the interests of employers.”

Senators from both sides of the isle opposed his nomination “because they feared he would swing the board too much in favor of unions.”

Brett McMahon, President of Miller and Long DC, recently wrote that the move was a “reminder that Senator Orrin Hatch was right to grill Becker when President Obama nominated him to serve on the NLRB and that Hatch’s Senate colleagues were right to reject his nomination.”

Prior to his tenure on the NLRB, Becker worked for both the AFL-CIO and the Service Employees International Union. His return to the AFL-CIO strengthened the concerns among many that the Board has become overly politicized and used as a tool for labor.