Showdown in the Sunshine State

As the Florida state legislature looks into reforming its pension system, a war of words has erupted between Sunshine State lawmakers and public-sector unions: 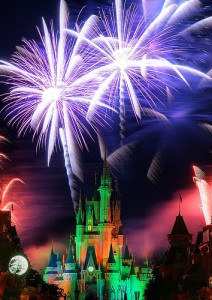 Unions have rebuffed reform efforts, pointing to reports showing that state and local retirement plans made up 2.37 percent of expenditures in 2008, while some municipalities throughout Florida contend retirement benefits exceed 50 percent of their payrolls.

[Democratic State Sen. Jeremy] Ring said that unions are looking at it the wrong way, and that retirement benefits take up an average of 20 to 25 percent of local government payrolls statewide.

Not to give away the ending, but it’s the unions that are wrong here. As a recent report from the James Madison Institute revealed, many (though not all of) Florida municipalities have unsustainable pension systems. Miami’s budget is 20 percent pension debt, or about $101 million this year alone. The report calculates that the average funded ratio of Miami’s pension plans is about 68.8 percent, but this number is based on incomplete information, much of which dates back before the recession hit. This misinformation isn’t just limited to Miami. According to the National Center for Policy Analysis, Florida’s pension system, which was supposedly fully funded in 2008, was actually underfunded by about 11 percent.

Of course Florida is nowhere near as bad as, say, New Jersey. But its municipalities still went through the typical pension promise, making overly generous promises to government workers and assuming an absurd 8 percent rate of return (in most cases). The Sunshine State should make some serious reality-based reforms to its pensions — and the unions should stop distorting the truth.