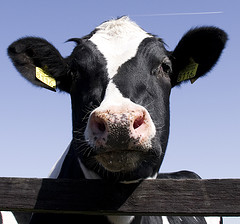 “Today’s announcement of a two-year pay freeze for federal workers is bad for the middle class, bad for the economy and bad for business,” said AFL-CIO President Richard Trumka. “No one is served by our government participating in a ‘race to the bottom’ in wages. We need to invest in creating jobs, not undermining the ones we have. The president talked about the need for shared sacrifice, but there’s nothing shared about Wall Street and CEOs making record profits and bonuses while working people bear the brunt. It is time to get our nation back on track, but we should not do so by placing an even greater burden on the middle class.”

“This proposal to freeze federal pay is a superficial, panicked reaction to the deficit commission report,” stated AFGE National President John Gage. “This pay freeze amounts to nothing more than political public relations. This is no time for scapegoating. The American people didn’t vote to stick it to a VA nursing assistant making $28,000 a year or a border patrol agent earning $34,000 per year.

We saw similar sturm und drang among New Jersey teachers unions when Governor Chris Christie proposed a pay freeze for teachers. But if union leaders are outraged over Obama’s plan, they should take a look at what’s happened in the private sector. In the first quarter of 2010, less than 42 percent of America’s personal income came from private sector wages and salaries, down from almost 45 percent when the recession began. About 8.5 million jobs have been shredded in the economic whirlwind of the past two years. And yet, according to a USA Today analysis, the number of federal employees making $100,000 or more has jumped 5 percent since the beginning of the recession. The average salary for federal workers is currently $71,206. The average salary for their private-sector counterparts? About $40,331. And that money comes from the very private-sector taxpayers who are struggling to make ends meet.

But public sector unions need more government workers and higher salaries to boost their membership and most importantly, membership dues. Unions see their future in public sector jobs. To put it mildly, it’s a cash cow. Here’s an idea for labor leaders. Instead of crusading against a measly pay freeze, how about returning the $171.5 million that they spent on mostly failed attempts to reelect Democrats in 2010 to their members?