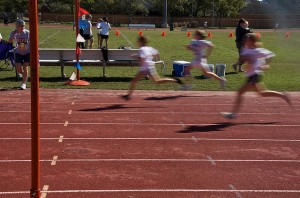 Milton, Massachusetts is going to miss out on a share of $200 million in Race to the Top funding because the union refused to sign on to the application. The union’s president, Margaret Gibbons, said that they did so “primarily because the board is opposed to tying teacher compensation and evaluation to a student’s test score,” but also because “In addition, we [opposed] states competing for funding. The whole idea means winners and losers. We felt all public schools in all states should be fairly funded.”

There are a couple of interesting, related things going on here. Note first that the president freely admits that she and the union does not believe in paying for better performance. Teachers are teachers, and they should be paid in a lockstep manner that neither rewards excellence nor punishes failure. Differentiating their pay would be unfair, and tying their pay to how well they do their jobs? Well, that would just be disastrous.

Keep that point in mind when considering the second part of her quote. Note the intense aversion to having to label “winners and losers.” There’s a deeper problem than simple resistance to reform at work here. There’s an ideology. An ideology that says we may not all be the same, but we all deserve to be treated the same: Why should the race go to the quickest or scholarships to the smartest or raises to the hardest working? Why should we reward those for how well they perform? From each according to his ability, to each according his needs, right?