Teamsters Local to Volunteers: Not in our park 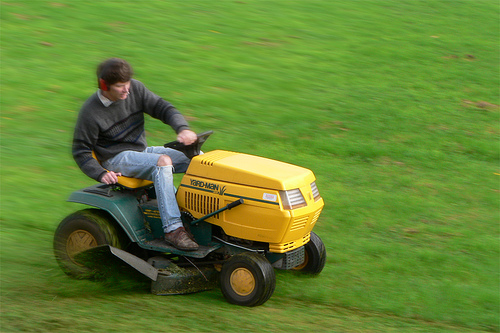 You gotta love it when a group of citizens “organize” volunteers to keep city parks clean and operational, because the Teamsters can’t…or won’t do the same.  Teamsters Local Union 117 has filed a complaint with the State of Washington to make sure the county never allows volunteers to keep the parks clean and open again. Because if anyone’s doing it, it should be the Teamsters. No really.

“Community members have stepped up to help through the “Adopt-a-Park” program. People living near Dawson Park, for example, have mowed the grass and picked up garbage. […] The program has been around for 16 years and is included in county code, Kravit-Smith said. The county has other programs that use volunteers, including one in which they serve as park hosts – a task that includes some maintenance work, Kravit-Smith said. […] Paul Zilly, a spokesman for Teamsters Local Union 117, said the union doesn’t oppose community programs, but does want to ensure that its workers aren’t pushed out of hours or jobs.”

The local News Tribune defended the volunteers against the Teamsters:

“The union charged that allowing such volunteer efforts at Dawson and Gonyea parks deprived its members of chances to work. […]

The county cut parks funding, and parks and rec cut services. Midland residents learned there was no money to cut Dawson’s grass, collect litter or clean toilets. So they did what union members have done so often: They volunteered. At first, the bigs turned down the neighbors’ offer, citing liability and standards. So residents rode their mowers to Dawson and gave it a haircut. That very civil disobedience worked, and they set up a mowing schedule. The whole exercise has pushed neighbors together to form a productive community flexing its political muscle. In its own back-handed way, it has been good for Midland.”

Reminds me of that incident involving the Eagle Scout in PA whose project incurred the wrath of the SEIU local.