SEIU to children: No books for you 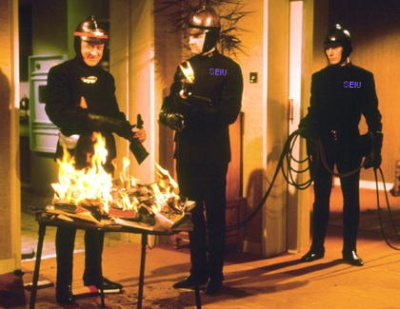 It’s summer time, and that means it’s time for America’s children to get to their summer reading!

That is, unless you live in Santa Cruz, California, where the SEIU’s negotiations with the city may shut down local libraries for three months:

“All but one county library could close for three months, smaller branches could be shuttered permanently or hours at all branches slashed further if managers and union workers do not reach an agreement to save money on this year’s budget. […] Basically we’re coming up with plan B or C or D,” said Library Director Teresa Landers. “We have our fingers crossed that the city and SEIU will be able to come to an agreement.”

“Library leaders find themselves in a unique position because while the Joint Powers Board governs 10 branches from Santa Cruz to La Selva Beach, library workers belong to the city of Santa Cruz chapter of SEIU. Therefore employees negotiate their contracts with city leaders, not library leaders. As a result, Landers said, issues that hold up talks at the city level affect the libraries, too. Santa Cruz is in talks with SEIU to help save $3.7 million from next year’s city budget.

“Landers said she and board members are hoping that SEIU agrees to continue concessions made to save money last year, which include postponing 5 percent raises and taking an unpaid day off each week. The library’s budget next year is just under $11 million, a drop from $11.3 million.”

Given what happened in Palo Alto in the fall when another library closed due to a strike, I recommend that California’s children save themselves and horde books. Perhaps they could pick up my Grandfather’s book, “Unions–Who Needs Them?”