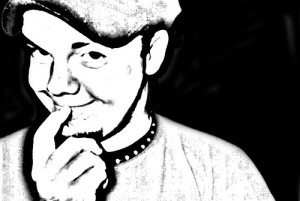 Credit where credit is due: This is a pretty smart, if entirely devious, tactical move by the Chicago Teachers Union.

In what may go down in history as a brilliant move destined to be used by bargaining units across America, the Chicago Teachers Union has played the safety card. Citing health and safety concerns, the nation’s third largest teachers union has filed suit to prevent the Chicago Public Schools from increasing the number of students it can put inside a classroom based upon city building codes.
If the suit is successful, CTU estimates the it could save as many as 3,000 teaching positions and keep class sizes manageable.

Some background is in order. Chicago’s Teachers Union has been locked in a struggle with the city over funding issues. Faced with budget overruns, the teachers were given a choice: Give up a series of scheduled pay raises or suffer from thousands of layoffs and increased class sizes. New York City’s Michael Bloomberg, faced with a similar problem, chose to forego the raises, keeping teachers on the job while saving the city hundreds of millions of dollars.

Chicago’s teachers, meanwhile, want to have their cake and eat it, too. Undaunted by the $600 million shortfall in the city’s budget, they are refusing to accept a delay in their pay raises and have now begun abusing the court system to get their way. Even the Huffington Post is dismayed by their actions:

Chicago’s 4 percent pay hikes — which are locked into contracts negotiated before the onset of the Great Recession — would bring total starting pay for a CPS teacher to $47,266. Using some back of the envelope math,* the adjusted, hourly wage of a CPS teacher is 69 percent higher than that of a New York teacher who resides in Queens. Without the hike, CPS teachers would be only a paltry 62 percent richer than their Queens, New York counterparts.

Though no Bloomberg-style commonsense has yet penetrated Chicago, the fiscal realities are the same as New York’s. This means that Chicago Mayor Richard Daley and CPS chief executive Ron Huberman have three options to deal with rising personnel costs: invoke the union contract’s emergency clause to force a renegotiation, implement a doomsday budget that devastates the public schools, or tap previously undiscovered oil reserves underneath the city.

In a time of double digit unemployment, when private sector employees are happy to trade job security for pay raises, it takes some chutzpah for the CTU to try and maintain a stranglehold over the city’s schools with incredibly devious maneuvers like this.