Another day, another union tanking a state’s chance for funding 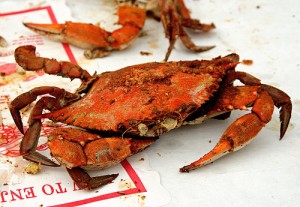 It never ceases to amaze how comfortable unions are with the idea of giving up a shot at extra funding. For years we were told that the answer was to pour more and more money into our school systems. As soon as someone comes along with a plan to do just that in exchange for teacher accountability, well, suddenly funding isn’t as important any more. The latest example comes from Maryland, where Washington County’s teacher union opposes proposed reforms that would give the county a shot at an extra $2.8 million in funding:

The Washington County Teachers Association has joined other teachers unions across the state to oppose the Maryland Department of Education’s application for $250 million in federal funding from the Race to the Top initiative.

Denise Fry, president of the Washington County Teachers Association, said the unions oppose the application because it violates Maryland law by proposing teachers’ pay increases be based primarily on teacher evaluations, rather than on negotiated contracts. …

If the state’s application is successful, Maryland stands to receive $250 million — half of which would be given to local school systems.

The rest would be used for other program costs, such as building the data warehouse designed to track student performance and expanding professional development for struggling schools, said Bill Reinhard, a spokesman for the Maryland State Department of Education.

One of these days I’ll stop being surprised, I’m sure. It might be a while, though…